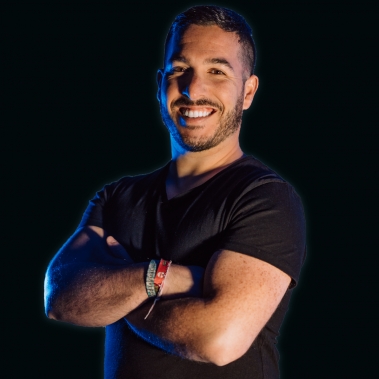 Tiago Machado starts earning his first beats at private parties between friends. In 2003 he started his professional DJ career as a resident of a local bar.
Since then he has played in various clubs and events. His musical line ranges from deep to vocal house, to other influences such as electro, pop, tech or tribal. Always in a danceable and mainstream record in which it adapts according to the requirement and expectation of the party people.Tiago M. is currently DJ of Hiper FM, radio leader of audiences in Portugal, where he has the weekly program " Thank God It's Friday Radioshow, "in which it mixes the hottest trends in dance floors. As a producer has gradually affirmed itself in the Portuguese dance scene on a more mainstream line.